Couple Awakened By Burglar in Evanston

Couple Awakened By Burglar, Hold Him Until Police Arrive 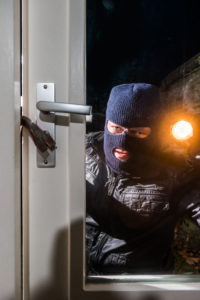 EVANSTON, IL — A home burglar was allegedly caught in the act and detained by the residents of the home he was trying to rob in Evanston Sunday. Officers were called to a home in the 1600 block of South Payne Street around 4:30 a.m. for a report that someone had just broke into an apartment, according to Evanston police.

The intruder had broken the lock on the front door of the building to get in, police said. He gathered a business check, a small lamp, a laptop charger, earbuds and a few antique coins but awakened a 21-year-old woman and her boyfriend inside the apartment.

The 24-year-old boyfriend stopped him from leaving and detained him for a couple minutes until police arrived, according to police. He was charged with one count of residential burglary, a felony.

At the time of his arrest he was out on bond in connection with a charge of trespassing at the Reserve apartments, 1930 Ridge Ave., on Oct. 16.

As of Tuesday, he is being held without bond at Cook County Jail ahead of a Nov. 20 court appearance, according to Cook County Sheriff’s office records.

Even though this terrifying incident turned out the best way possible with the burglar being caught and arrested, don’t let this happen to you. Can you even imagine being woken by the noise of a stranger in your home? Protect yourself and your family  with a Forest Security System Now! Call 708-452-2000 to see just how easy and affordable it is.