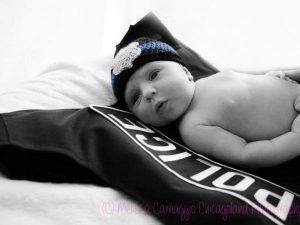 (What a great way to support our local police officers)

The offer runs throughout the month of August.

PLAINFIELD, IL — Plainfield photographer Melissa Carnaggio knows there’s more to a police officer than what most people see on the streets. They often have a family who loves them, and she wants people to see that side. That’s why she’s offering free mini photo shoots for police officers and their families throughout the month of August.

Carnaggio said the recent fatal shootings of multiple police officers across the country spurred her into action. Her attempt to give back began by buying food for an Oswego police officer, who pulled her over to thank her.

She then did a photo shoot of a police officer and his child. The pictures got such a great response online that she came up with the idea to offer free photos.

“They’ve got families that they’re going home to every night,” she said. “It’s more than what’s going on in the media. I think it’s really great what they’re doing.”

Carnaggio will send the officers high-resolution digital copies of the pictures and they can do whatever they want with them.

There’s no limit to how many photo shoots she’ll do, and if there’s multiple people from a department, she’s willing to go there. Otherwise, officers can go to her Plainfield home studio for the shoot.

“I wanted to create something positive,” she said. “I’m hoping that seeing pictures go up on social media with police and their kids will be uplifting.”

To schedule your photo shoot, contact Melissa at Melissacarnaggio@chicagolandphotography.com or give her a call at 630-965-0161. 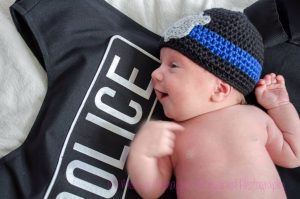